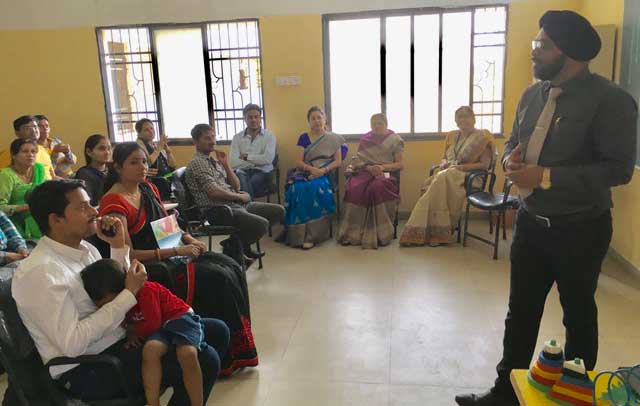 On Sunday,the 10th of March, Sky International School, Dhamdha, organised a Parent Orientation Programme for the parents who had admitted their wards in the school from the coming session. The President and Vice President of the Sky Future Educational Society were also present in the programme. The speakers on the occasion were Mrs. Bhawani Rao and Dr. Gurubax Singh Chhabda, from Educare India Advisory.
The speakers talked about the difficulties faced by parents in bringing up a child in this century. All the parents were glad that they had attended, and praised the school for its infrastructure and the teachers. The programme came to a close with the Vote of Thanks which was proposed by the Principal, Ms. Mitu Dey Dutta.